Hemostasis is the first stage in wound healing that can last for two days. As soon as there is a wound on the body, the blood vessels in the wound area constrict to reduce the blood flow. This is known as vasoconstriction. At the same time, clotting factors are released at the wound site to coagulate with fibrin, resulting in a thrombus, which is more commonly known as a blood clot. The clot acts as a seal between the broken blood vessels to prevent blood loss.

The second phase of wound healing is called the Inflammatory Phase. It involves phagocytic cells that release reactive oxygen species, lasting for up to seven days in acute wounds and longer in chronic wounds.

During this phase, white blood cells and some enzymes enter the wound area to stave off infection by clearing bacteria and debris and preparing the wound bed for new tissue growth. Physical characteristics of the phase include inflammation or redness at the wound site, edema, heat, and pain.

Phase three of wound healing, the Proliferative Phase, focuses on filling and covering the wound. As inflammatory cells undergo apoptosis, wound healing progresses to the proliferation phase, which is characterized by the formation of granulation tissue, angiogenesis (blood vessel formation), wound contraction, and the process of epithelialization.

The new tissue is generally red or pink in appearance due to the presence of inflammatory agents. The time it takes for tissue regeneration depends on the production of collagen proteins by fibroblasts, which is a type of cell found in the connective tissue. This phase of wound healing can last for four days to up to three weeks or more.

Scar tissue formation characterizes the final Remodeling Phase (also known as Maturation). It may occur over months or years, depending on the initial severity of the wound, its location, and treatment methods. During this phase, the new tissue gradually becomes stronger and more flexible. Collagen production continues to build the tensile strength and elasticity of the skin. The build-up of collagen in the granulation tissue leads to scar tissue formation, which is 20 percent weaker and less elastic than pre-injured skin.

The four phases of wound healing

The complicated mechanism of wound healing occurs in four phases: hemostasis, inflammation, proliferation, and remodeling. Hemostasis, which occurs just after injury, utilizes clotting factors which prevent further blood loss from the wound site as well as the structural foundation for the future formation of granulation tissue. The subsequent inflammation phase, involving phagocytic cells that release reactive oxygen species, may last for up to seven days in acute wounds and longer in chronic wounds.

As inflammatory cells undergo apoptosis, wound healing progresses to the proliferation phase, which is characterized by the formation of granulation tissue, angiogenesis (blood vessel formation), wound contraction, and the process of epithelialization. The final remodeling phase, characterized by the formation of scar tissue, may occur over a period of months or years, depending on the initial severity of the wound, location, and treatment methods.

Chronic wounds do not follow the standard progression of wound healing seen in acute wounds, and instead tend to arrest temporarily in one of the wound healing phases (most commonly the inflammation phase). The healing process of an infected wound may also be prolonged compared to that of a non-infected wound. In infected wounds, pathogenic organisms enter the wound tissue and disrupt normal skin flora, leading to increased inflammation and damage of sensitive new tissue growth.

While some infected wounds may resolve without intervention, in order to accelerate the wound healing process and ensure further complications (such as cellulitis, osteomyelitis, or septicemia) do not occur, infected tissues should be treated as soon as possible. Treatment of an infected wound differs in some ways from that of a non-infected wound, as it involves eliminating the infection with oral or topical antibiotics, draining or debriding the wound to remove dead tissue, and applying antimicrobial dressings.

Granulation tissue, composed of endothelial cells, capillaries, keratinocytes, and fibroblasts, is also an important component of wound healing. This connective tissue can provide important indicators of wound healing progress; pink granulation tissue is considered to be healthy and a sign that healing is progressing normally, while dark red tissue may be a sign of infection. Bacterial Overgrowth of granulation tissue, characterized by a white or yellow film, is seen occasionally in infected wounds and must be removed before healing can continue.

Wound healing is a multifactorial process involving blood cell coagulation, inflammatory cell response, and granulation tissue formation. Several factors and conditions may contribute to the occurrence or persistence of a chronic wound, such as weakened immune function, comorbidities, venous insufficiency, and lack of proper circulatory function.

The immune system plays an integral role in wound healing by mobilizing stem cells, promoting cell differentiation, and stimulating growth factors which ultimately result in neoangiogenesis, or the formation of new blood vessels. When immune activities are disrupted through medications or comorbidities, the process of wound healing may become stalled, leading to persistent or chronic wounds.

There are several factors that may impair the wound healing process, including: the pre-existing integrity of the wounded skin due to age or medical treatments, comorbidities, medications, infection, hydration state, nutritional status, lifestyle habits, and pre- and post-operative care if surgery has occurred.

How chronic and acute wounds heal

While acute wounds typically follow the normal healing process of hemostasis, inflammation, proliferative tissue regrowth, and tissue strengthening through remodeling, chronic wounds tend to progress through the healing process at a slower pace. Healing of a chronic wound may arrest for several weeks in one of the four phases–most commonly the inflammatory phase.

There are several known factors that affect the mechanism of chronic wound healing. These factors include: the presence of inflammatory cytokines or growth factors, infection at the wound site, formation of a biofilm over the surface of the wound, hypoxia (often associated with cardiovascular, pulmonary, and vascular diseases), and a nutrient-poor diet.

Research suggests various methods to accelerate the wound healing process, such as ensuring adequate sleep to minimize the effect of pro-inflammatory cytokines, adding nutrient-rich foods to a patient’s diet (foods that contain vitamin A and zinc are particularly helpful), avoiding cigarette smoking, and regularly cleaning and dressing the wound.

Once a wound has healed and begun the scarring process, the American Academy of Dermatology recommends applying petroleum jelly to the wound site to minimize dehydration of the scar and surrounding tissue, as well as applying sunscreen to the site daily to reduce hyperpigmentation associated with scar tissue.

As the elderly population rises, the need for wound care physicians will continue to grow appreciably. Vohra Wound Physicians is the nation’s largest and most trusted wound care physician group and is rising to meet that need. Vohra provides wound care services to over 3000 skilled nursing facilities (SNFs) across the United States and serves as a leading informational source for providers, emerging research, and novel therapies in the field of wound care. 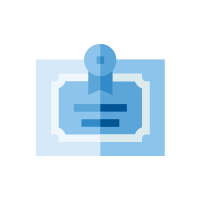 Get Certified in Wound Care

As the leader in post-acute wound care, Vohra provides both bedside and telemedicine wound care treatment and management solutions to nurses, physicians, Skilled Nursing Facilities and patients. Physicians considering a career in wound care are invited to explore our open opportunities.

The Vohra@Home Patient Care Program allows physicians to provide telehealth services for patients with both acute and chronic wounds, such as pressure ulcers, diabetic foot wounds, and venous ulcers. This advanced telemedicine platform gives patients and home health caregivers the opportunity to readily access physician consultations to discuss any and all aspects of their treatment.

Nurses also have the opportunity to advance their careers and earn CNE credits by obtaining a Vohra Wound Care Certification, which provides knowledge, skills, and training in chronic and acute wound care (including infected and/or necrotic wounds) for geriatric populations. Learn more about how Vohra is setting the standard in the new world of healthcare.

This website uses cookies to improve your experience while you navigate through the website. Out of these cookies, the cookies that are categorized as necessary are stored on your browser as they are essential for the working of basic functionalities of the website. We also use third-party cookies that help us analyze and understand how you use this website. These cookies will be stored in your browser only with your consent. You also have the option to opt-out of these cookies. But opting out of some of these cookies may have an effect on your browsing experience.
Necessary Always Enabled
Necessary cookies are absolutely essential for the website to function properly. This category only includes cookies that ensures basic functionalities and security features of the website. These cookies do not store any personal information.
Non-necessary
Any cookies that may not be particularly necessary for the website to function and is used specifically to collect user personal data via analytics, ads, other embedded contents are termed as non-necessary cookies. It is mandatory to procure user consent prior to running these cookies on your website.
SAVE & ACCEPT

An application and server upgrade for the Marketing DB is scheduled for Dec 11th between 6AM – 6PM EST Saturday. Vohra sites will be unavailable during this time period.